Based on motifs from paintings by the painter Sebastian Heiner, the designer Michael Wruck has created a series of ten tapestries, which have now been made into carpets by the renowned textile company, JAB Anstoetz. Both artists are based in Berlin.

In 2018 Heiner created a series of oil paintings titled “Moloch City” in which he processed his impressions of the mega-cities Bangkok, Beijing and Shanghai into dystopian dream sequences centred on the confrontation between cubistically shaped high priests and aggressive, armed robots. Wruck takes the story one step further: weary of their chaotic surroundings and society as a whole, the colourfully clad figures devised by Heiner develop a yearning for other, more highly developed, extraterrestrial civilisations. After the high priest leader and some of his cohorts make contact, a spaceship lands. The earthlings, however, reject the “newcomers” and condemn them for their presumed superiority. The strangers then plan to depart. The intervention, however, of a high priestess to mediate leads to a mutual exchange of ideas and a realisation that the aliens have always been present, opening up the possibility of a higher development of humanity. In this last scene, the spaceship hovers above as a mechanical moon shines. Inspiration for the story was provided by the science fiction literature of Stanisław Lem, the brothers Arkadi and Boris Strugatsky, as well as the Chinese author Liu Cixin.

The intellectual exchange and lively collaboration between Heiner and Wruck has produced a modern graphic novel that leaves room for many interpretations. Wruck has successfully transformed the story into vivid contemporary graphics. In addition, the two artists are breaking new ground in the field of textile design. The genre of modern artistic tapestry which developed in the second half of the 19th century was based on the English reform movement and the combination of historicism and folk art in Scandinavia and northern Germany. It reached a high point in Art Nouveau and largely retained this form until the 1980s. While wall hangings have been woven or produced using the technique of tapestry art since the early Middle Ages, the valuable floor carpets originating from the Orient are still made by hand today.

For their part Heiner and Wruck have opted for the modern technique of hand tufting, which depicts the figures in precise form against a backdrop of clearly defined realms of colour. This means the tapestries are suitable both as floor carpets or wall hangings. Also innovative is the reinterpretation of a painter’s motifs by a graphic designer presenting them sequentially in a more developed context as a type of comic series. For the first time in the sphere of carpet artistry , the choice of a science fiction theme clearly enriches the entire field of design. 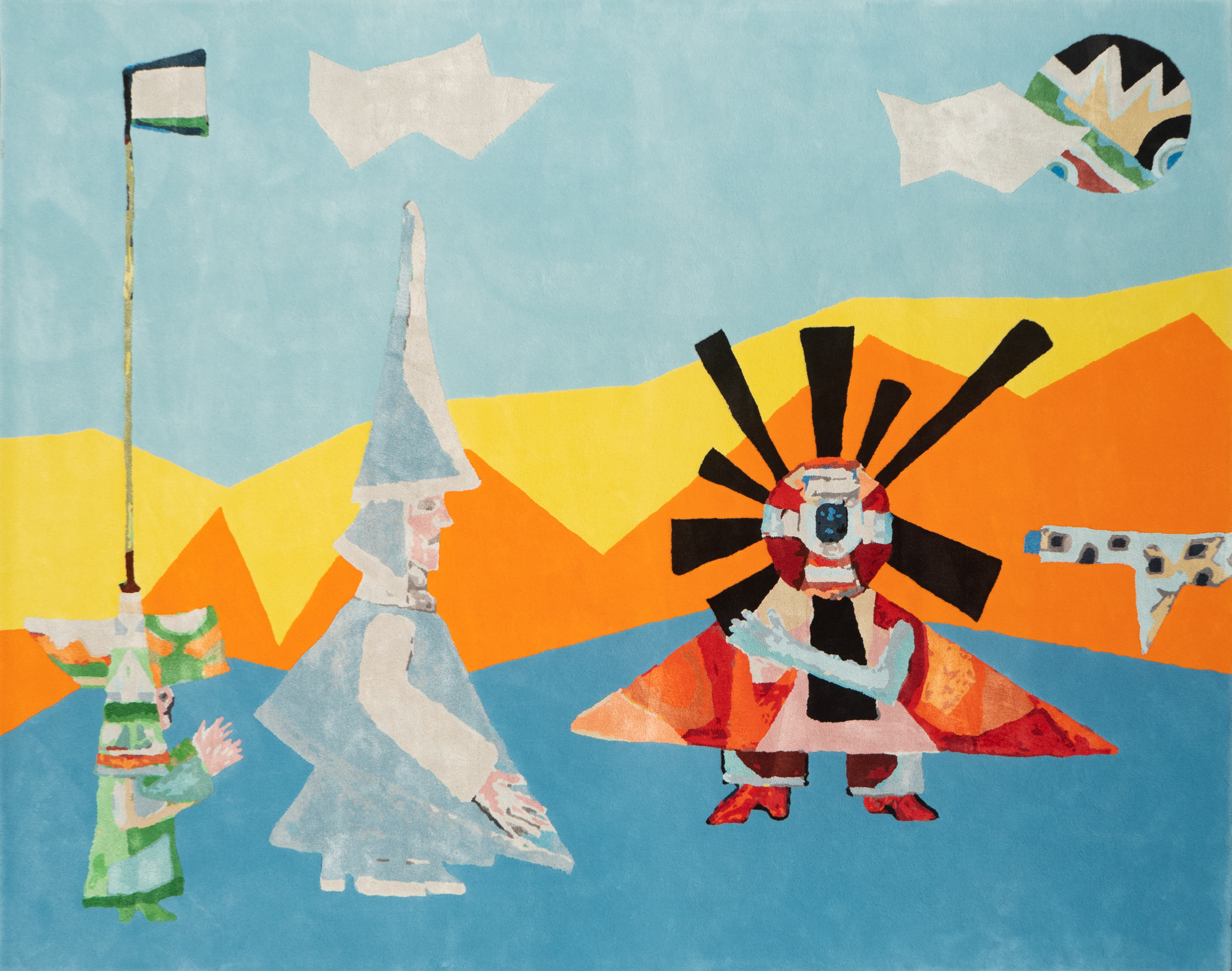 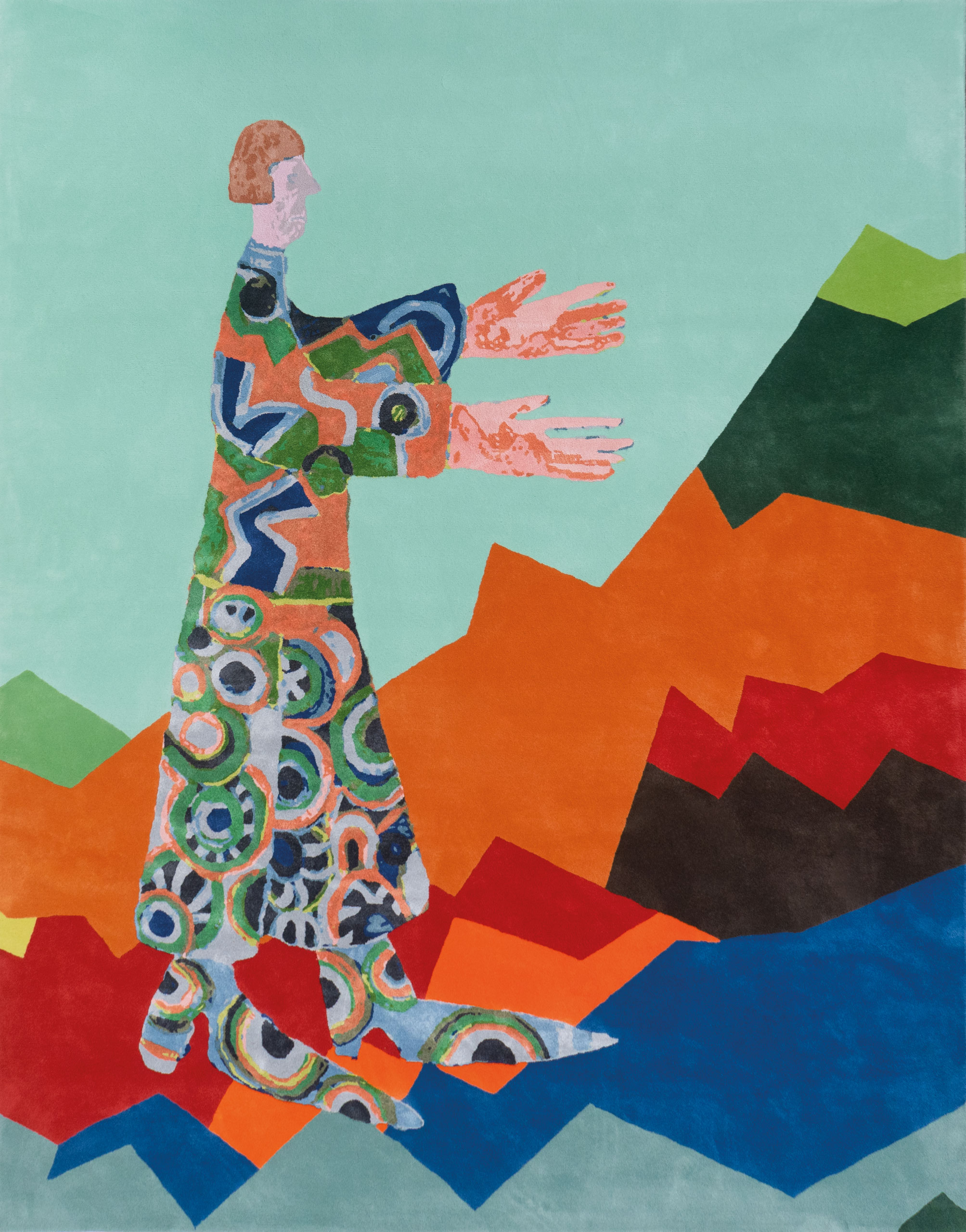 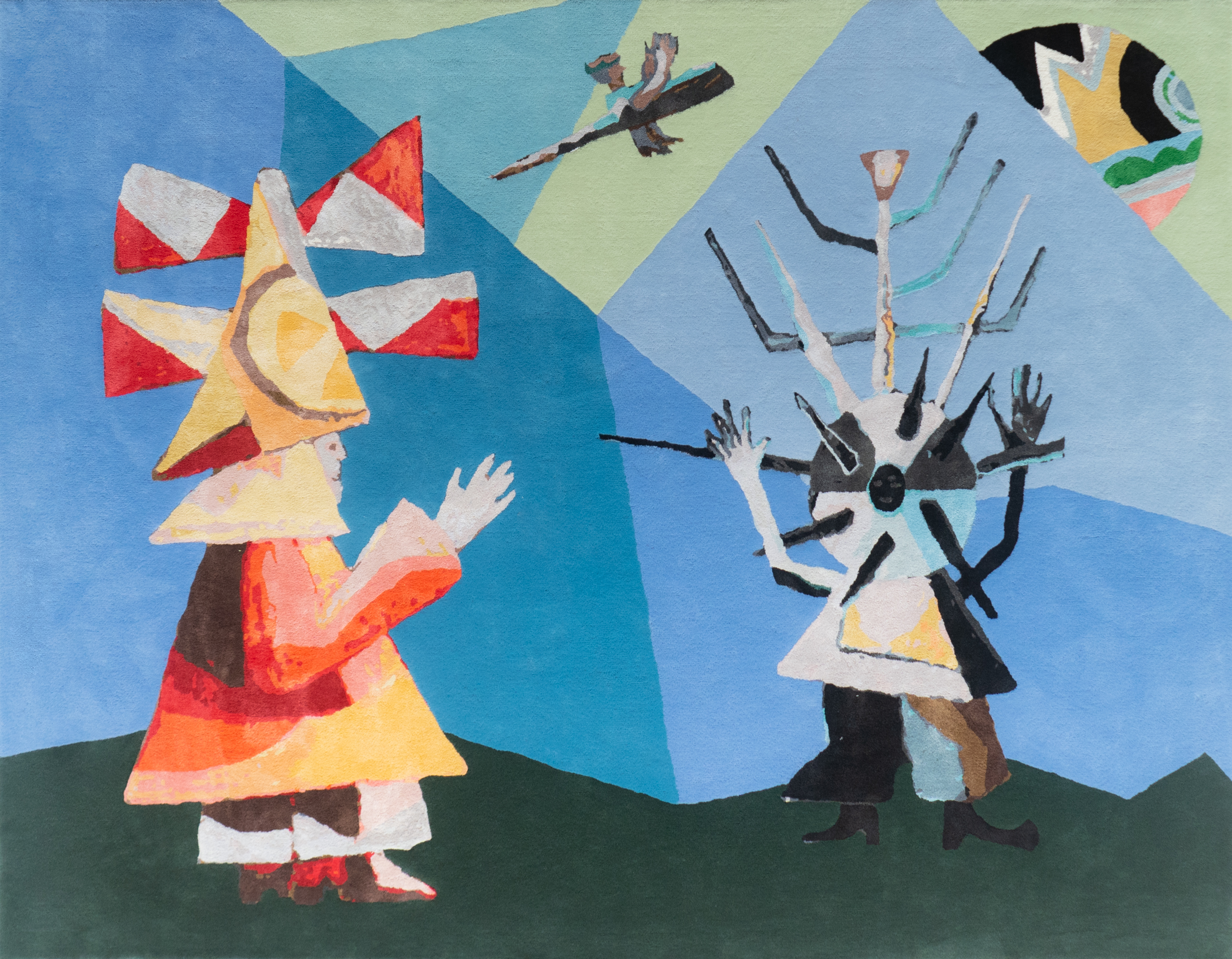 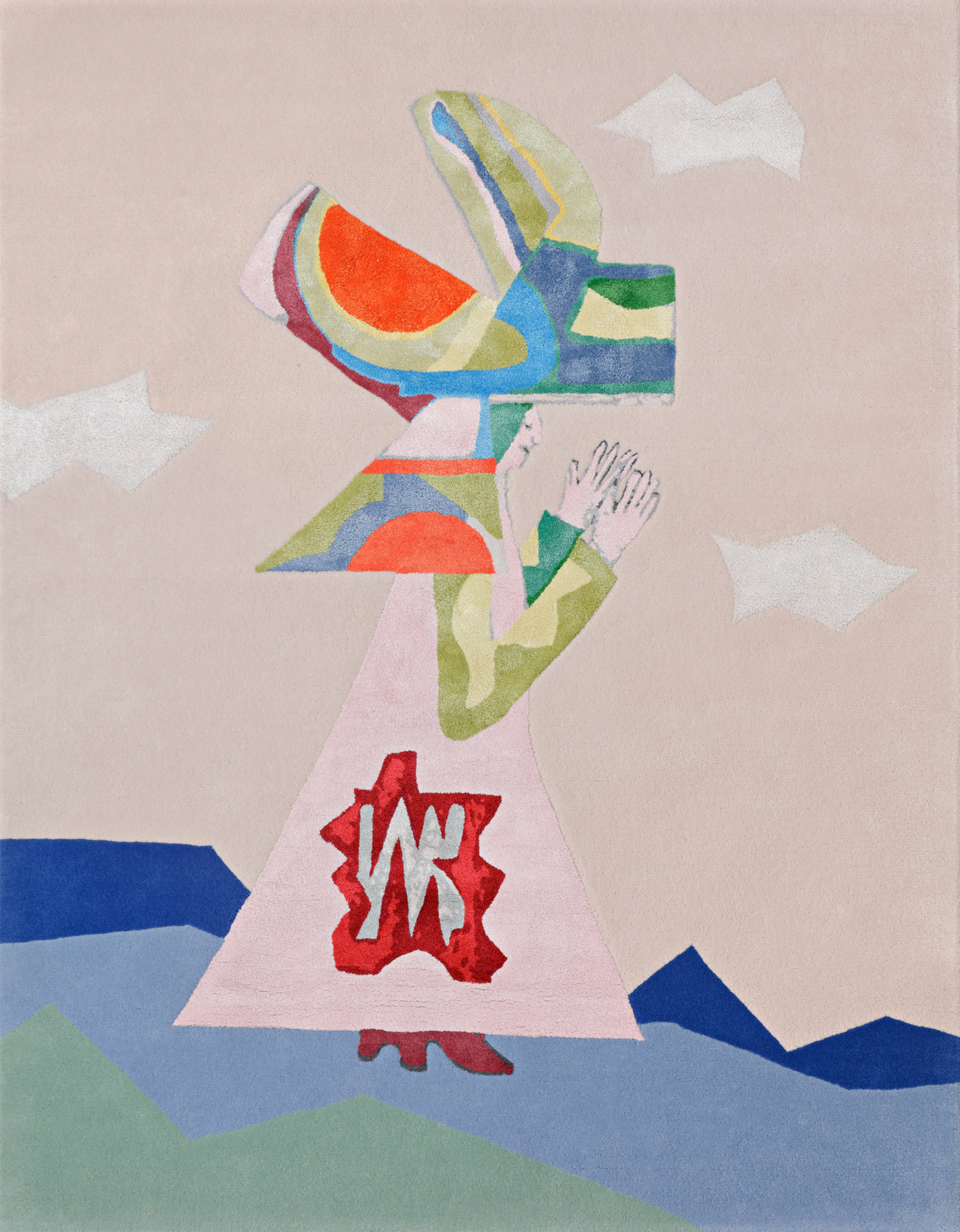 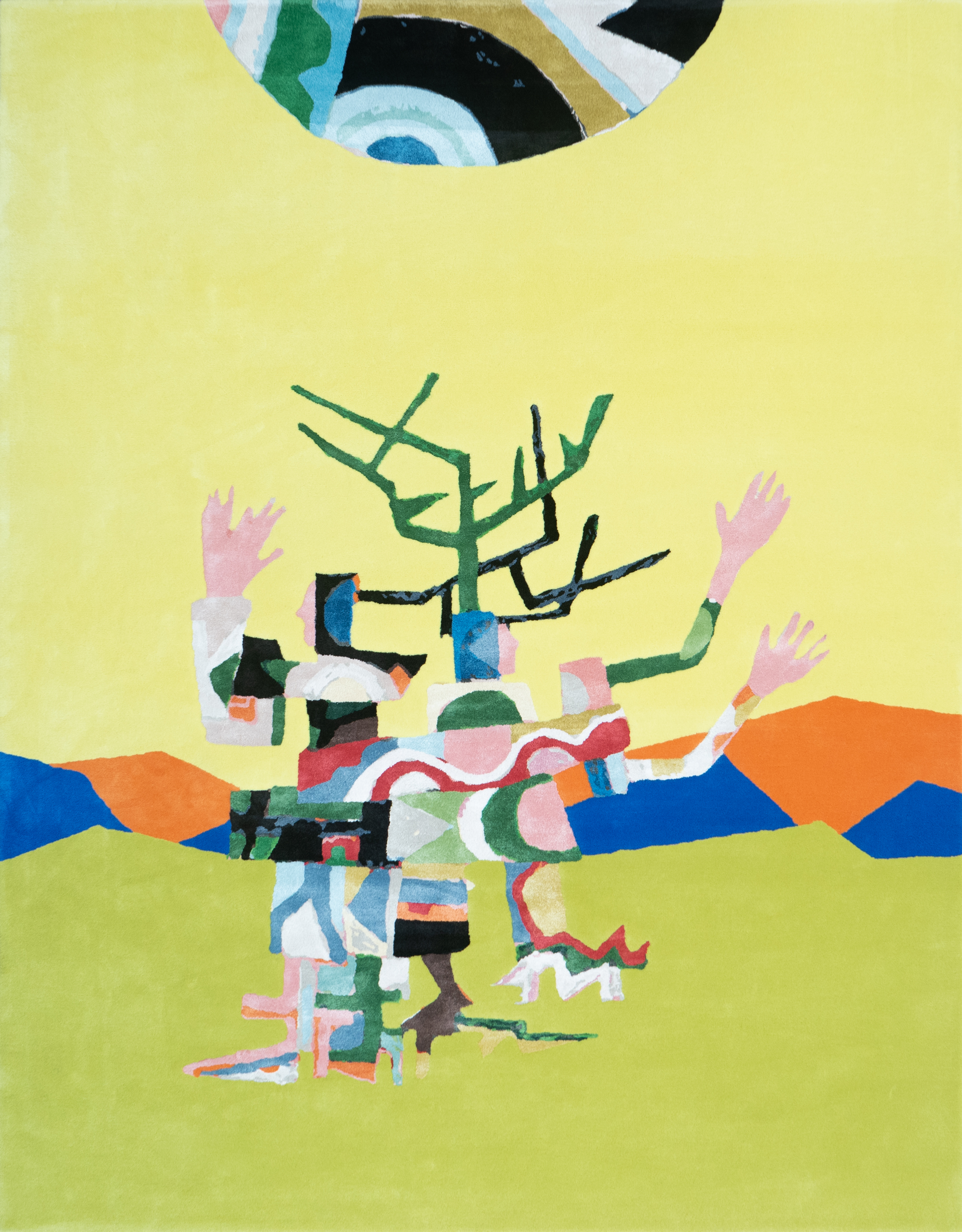